Pets Are Important Too

Babesiosis: A Guide For Dog Owners

If you're a dog owner, you probably know to be wary of deer ticks, since they spread Lyme disease. However, there's another tick-borne illness to be aware of, too. Babesiosis is an infection spread by the American dog tick and the brown dog tick. If you live in areas such as the West Coast, Florida, or the eastern United States where these species of ticks are present, then you need to know the basics about this disease in order to better protect your dog.

How is babesiosis spread?

What symptoms does babesiosis cause?

Symptoms vary from dog to dog, but most all dogs experience a lack of energy, lack of appetite, fever, and weight loss when babesiosis begins to set in. Other symptoms that some dogs show include yellowed skin, darkened stool, and an enlarged abdomen. Some dogs show only mild symptoms, so it may take months or years for their owners to realize something truly is wrong. Thus, if your dog is bitten by a tick, you need to be very vigilant about watching for symptoms in the weeks after the bite and seek vet care even if your dog shows only slight signs of illness.

How is babesiosis treated?

If you suspect your dog may have babesiosis, your vet will test him or her for this condition with a simple blood test. If your dog is diagnosed with babesiosis, treatment will likely include administering imidocarb diproprionate, a medication that will kill off the protozoans causing the infection. Dogs with mild cases of the illness are generally treated at home. However, those with severe symptoms may require IV fluids and blood transfusions, and thus may be treated in the animal hospital.

What is the prognosis for a dog with babesiosis?

Many dogs recover completely when the disease is diagnosed early. However, if a dog has babesiosis for a long time before treatment is begun, he or she may always have bouts of mild symptoms of the disease. Thus, it's important to seek prompt treatment at an animal hospital if you ever think your dog may have this condition.

The best way to prevent babesiosis is simply to keep ticks off of your dog. Steer clear of wooded area, since this is where ticks most enjoy hiding.  Look over your dog for ticks when he or she comes inside, so you can hopefully remove them before the infection is passed from the tick to the dog. 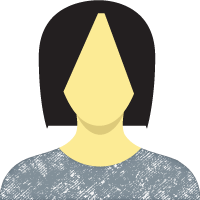 I have loved animals for as long as I can remember, and that might be one of the reasons I own so many as an adult. I have four dogs, three cats, and even a pet bird. I absolutely love my animals, and they bring me a great deal of comfort on a daily basis. For this reason, I look after them attentively and focus carefully on their health. I have learned that the best defense for animal illness is a proper offense by seeking proper veterinary care. Our pets' doctor does a great job of diagnosing issues early, and it has made a huge difference regarding their overall care. Check out this website to find out why your pets are important and how to care for them properly.